With a ton of hype around the release of the C8, the new Corvette has generated a ton of discussion in the automotive world. Not only is the C8 the first mid-engine Corvette ever, but it also the first Corvette to come with a dual-clutch gearbox, and the first Corvette with no manual option on the horizon.

With a 0-60 time in under three seconds, and a sticker price coming in below $60,000, the C8 corvette seems to be the ultimate performance bang-for-the-buck. Although impressive, the die-hard horsepower enthusiasts have eagerly been waiting for more; specifically, the performance versions like the Z06 and ZR1.

Despite speculations and rumors, it appears some truth has been revealed as a result of an inside scoop from Automobile Magazine. 2022 is expected to bring the first variant of the C8 Corvette, likely the “Z06”, but it may be named something different.

Whereas the C7 Z06 variant arrived with an almost 200 horsepower increase as a result of a roots-style supercharger, the C8 “Z06” is expected to have a Twin-Turbo, flat-plane-crank V8, which has also been confirmed by Motor Trend with sources inside Chevrolet.

Rumors say that this new motor may be based on Cadillac’s 4.2 Liter, Twin Turbo,  “Blackwing” motor, but other sources say it could be as high as a 5.5 Liter variation. The “Blackwing” motor, which is supposed to be exclusive to Cadillac, may take some changes to match these rumors.

It wouldn’t be the first time, however, that Chevrolet and Cadillac share similar powerplants. The Gen 3 Cadillac CTS-V, C7 Corvette Z06, and Camaro ZL1 all are powered by the same 650-horsepower, supercharged LT5 V8, so it shouldn’t be too surprising for them to do it again.

Flat-pane-crank motors have also grown in popularity in recent years. Ford’s 5.2 liter “Voodoo” motor is a flat-plane-crankshaft V8 found in the Shelby GT350. The advantages of a flat-plane-crankshaft are that they generally are lighter, more compact, more responsive, higher revving, and have better exhaust scavenging (aka they sound wicked).

Of course, we must ask the question: what will this rumored C8 variation run in the half-mile? With a stock C7 Z06 running in the 150-155mph range, we would speculate that with 800+horsepower, turbos, and a dual-clutch transmission, the C8 “Z06” (if rumors are true) could easily be in the 165+ mph range for a stock car, which would be incredible.

We are excited to see what the engineers at Chevrolet have up their sleeves.

Christian Von Koenigsegg, founder of the Swedish hypercar company Koenigsegg, and his team have continued to push the envelope of performance and innovation. Designing...
Read more
News

The Porsche 911 turbo has been the benchmark of performance among GT cars for years. In its most recent (991) generation, the 911 Turbo...
Read more 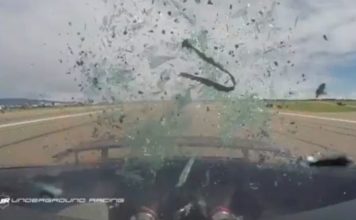