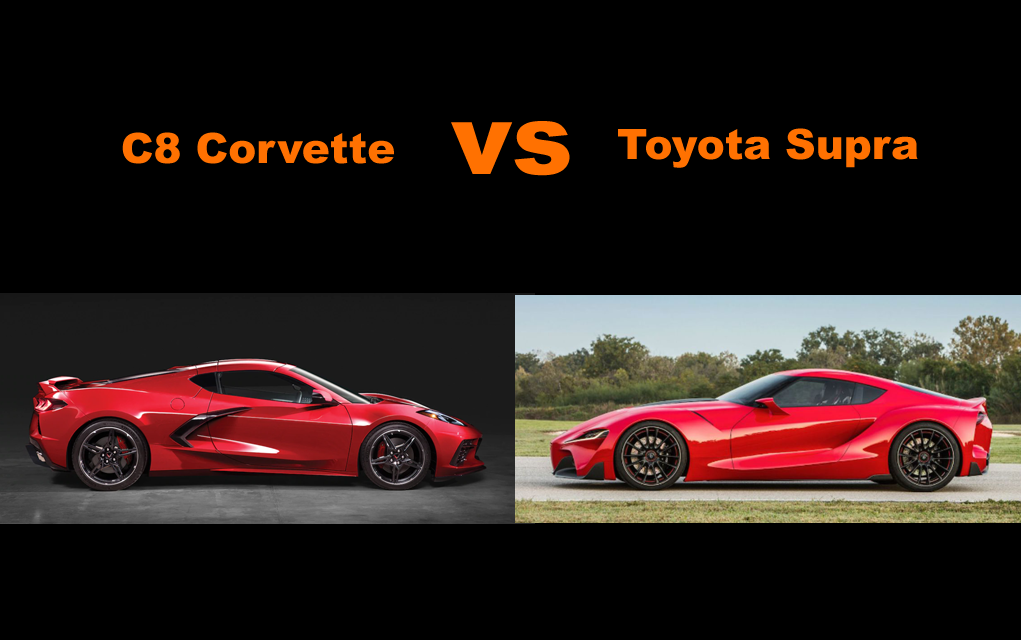 For those of you who have been to a half-mile racing event, the amount of cars and horsepower can be overwhelming. If you’re looking to get into the sport and don’t know which vehicle to start off with, there are two popular car choices among competitors; various generations of the Chevy Corvettes and Toyota Supras.

Both offer inexpensive platforms with huge potential in aftermarket modifications which will add two or three times the amount of horsepower over stock.

With the reveal of the highly anticipated mid-engine Chevy Corvette C8 and the most recent unveiling of the return for the Toyota Supra, it begs the question “Which car poses the best half-mile platform for $60,000?” Let’s take a look!

The Corvette produces 495hp and 470lb ft of torque from its naturally aspirated 6.2L V8 that’s mid-mounted; a new engine location for the Corvette, sending power through an 8-speed dual clutch transmission, capable of hitting 0-60 in under 3 seconds. That’s pretty impressive for a car that weighs just over 3,300 lbs.

The Supra uses a 3.0L turbocharged inline-6 cylinder engine borrowed from BMW which claims 335hp and 365lb-ft of torque. Weighing in just under 3,400 pounds, the Supra uses an 8-speed automatic transmission, getting it from 0-60 in 3.8 seconds. Not bad!

The debate becomes more interesting with early dyno figures from Car and Driver showing their test Supra producing 339 hp and 427 lb-ft of torque at the rear wheels, which in reality, is more like 400 hp and 500 lb-ft at the engine bay (20% gains). While the C8 has yet to be tested, the plot thickens between the two cars with the Supra being more underrated than expected.

Although on paper, it reads like the C8 will be faster as a stock vehicle, the question is, “Can it keep it off the Supra until the half-mile?” and another question is “How will these cars perform after a round of aftermarket modifications?” Only time will tell, but hopefully it won’t be too long before we get to see these two beasts battling it out on the runway at a half-mile event, so we can all find out!

Electric vs Gas – Which is better in the half-mile?

Is the Viper the new half-mile powerhouse?

Turbochargers vs Superchargers – Which is Better?

Is the Audi RS3 better than the Nissan GTR?