Christian Von Koenigsegg, founder of the Swedish hypercar company Koenigsegg, and his team have continued to push the envelope of performance and innovation. Designing and manufacturing vehicles with behemoth powerplants and cutting-edge aerodynamics, Koenigsegg has set the bar with achievements in a number of their cars.

Even before the official speed records, rumor has it that the fastest speeding ticket ever recorded was by a Koenigsegg CCR that hit 242 mph on a Texas highway (a record in and of itself).

Most famously, Koenigsegg set the production car top speed record in 2018 with an Agera RS on a closed section of Nevada highway. Averaging out its two runs, they managed a speed of 277.9 mph.

Koenigsegg’s latest record, as seen in the video above, involves the Regera, arguably their most innovative car yet. Setting the 0-400-0 record for the third time, the Regera accomplished the task in just 31.49 seconds. More impressively, this was accomplished with effectively a single-gear torque converter.

Having no conventional gearbox, the Regera instead utilizes three electric motors; one for each rear wheel and the third mounted to the front crankshaft to power the batteries. As a result, the driving experience is relatively unchanged compared to a conventional gearbox, with the electric motors providing acceleration at low speeds. Christian claims it’s like driving around in seventh gear.

For a car packing a twin-turbo V8 pushing 1475hp, the level of innovation is astounding. The speed achieved with their “direct-drive” transmission was accomplished in a shorter amount of time than their Agera RS; which utilizes a 7-speed dual clutch transmission.

The question remains: what record will they be after next?

The Toyota Supra has been a JDM icon since its inception in 1978.  Although the early Supras were desirable, the MKIV Supra (1993-2002) has...
Read more
News

The Porsche 911 turbo has been the benchmark of performance among GT cars for years. In its most recent (991) generation, the 911 Turbo...
Read more 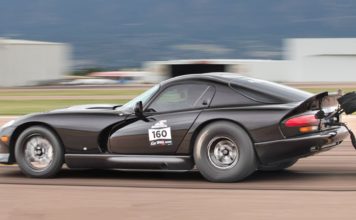