Quarter mile, half-mile, standing mile… you name it, they do it. Although mostly known for record-setting GM builds, they have gotten an insane amount of attention lately for their customer Ned Dunphy’s 2014 Viper build. What started as a mild mannered project, quickly evolved into a 2000+ horsepower, twin turbo, built auto, drag racing powerhouse.

Although mainly setup for 1/4 mile drag racing, Ned Dunphy’s Viper isn’t a one-trick pony. Last month, Ned’s Viper clocked off a 221mph pass at the Indy Airstrip Attack, crowning it 2WD Champion for that event, as well as making it the fastest pass of the weekend.

With no time to take a breath, Ned wanted to make some 1/4 mile passes in the car. When he told Vengeance Racing owner Ron Mowen that the car felt a little “flat up top”, they threw some more power at it.

It hooked so well, that the front end lifted off the ground and sent the car airborne, giving Ned the ride of his life (fortunately, Ned has his pilot’s license). With the Viper riding on its back bumper, it was able to land straight down with no major damage and Ned drove it back into the pits. That must have been one wild ride! Check out the vid above.

Christian Von Koenigsegg, founder of the Swedish hypercar company Koenigsegg, and his team have continued to push the envelope of performance and innovation. Designing...
Read more
News

The Porsche 911 turbo has been the benchmark of performance among GT cars for years. In its most recent (991) generation, the 911 Turbo...
Read more
News 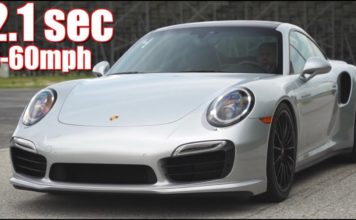